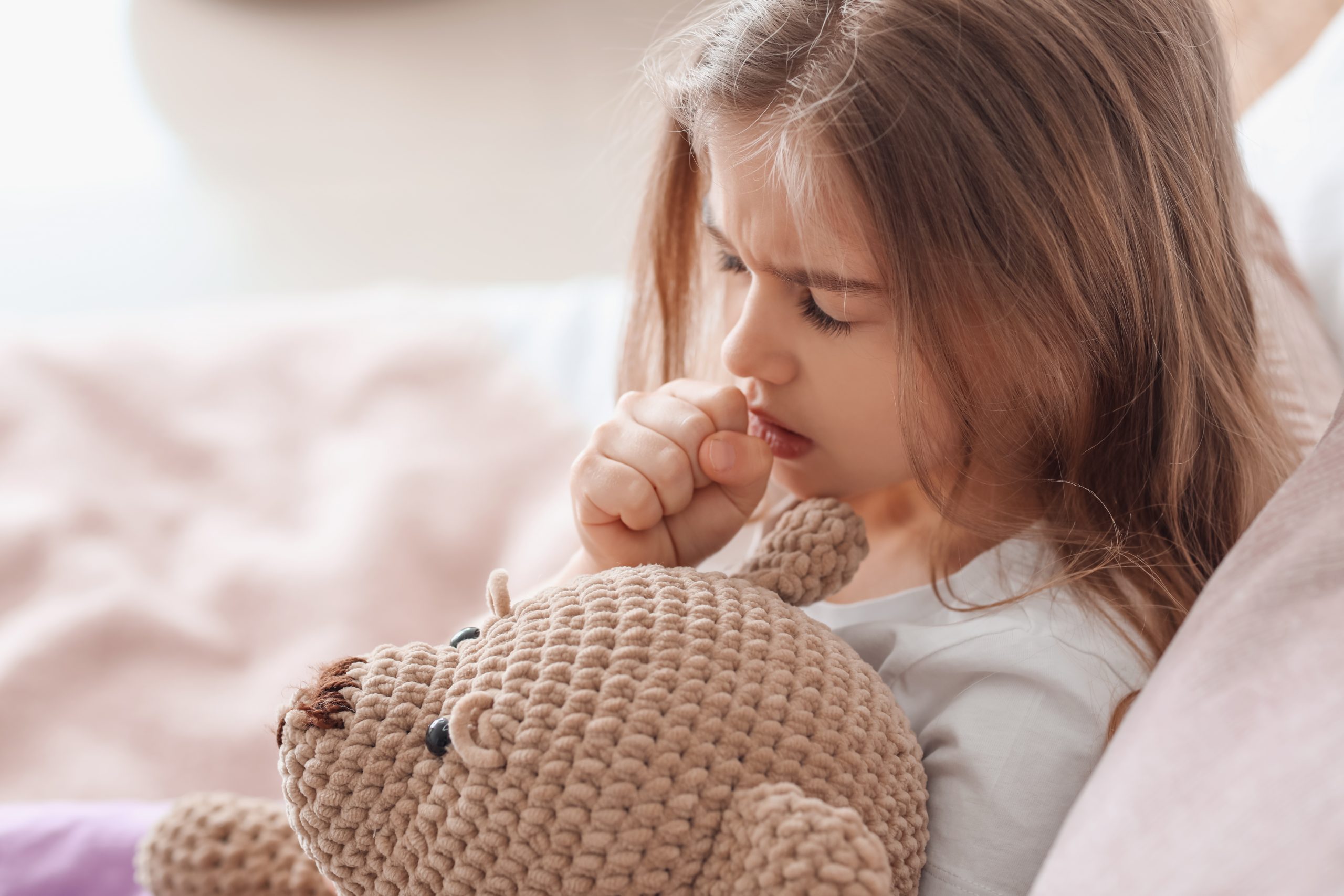 Whooping cough, also known as pertussis or the 100-day cough, is a highly contagious respiratory tract infection caused by the bacterium, Bordetella pertussis. This organism releases toxins causing the airway lining to swell. In many people, pertussis is marked by bouts of uncontrollable, severe, and often violent hacking coughs, making breathing hard, followed by a high-pitched intake of breath that sounds like “whoop.”

Pertussis is highly contagious and is spread via coughing, sneezing, being near one another, and sharing the same breathing space. Infants can easily contract the disease from asymptomatic siblings, parents, or caregivers who may not even know they are infected.

For how long is pertussis contagious?

Who can contract pertussis?

Before the vaccine was developed, whooping cough was considered a childhood disease. Now whooping cough primarily affects babies and children too young to have completed the entire course of vaccinations and teenagers and adults whose immunity has faded.

Pertussis can affect people of all ages but can be very serious, especially for babies less than a

year-old. Babies under six months old have increased chances of severe complications, including:

Adolescents and adults can also experience complications but are less severe, especially if vaccinated. Coughing may cause problems, including nosebleeds, sore or fractured ribs, ruptured eardrums, and hernias. Deaths associated with whooping cough are rare but most commonly occur in infants.

What are the signs and symptoms of whooping cough?

Within the first two weeks, symptoms are similar to the common cold – runny nose and low-grade fever. A cough may not be present, or it may be a mild, occasional cough. With pertussis, the cough generally becomes paroxysmal (sudden attack of bouts of coughing) with numerous rapid coughs. Infants may also present with vomiting, apnoea (cessation of breathing for longer than 20 seconds), with resulting cyanosis (blue colour on the lips and tongue due to lack of oxygen in the blood). In young babies, apnoea may be the only sign that they are infected. They may never develop a cough. Diagnosis is based on the history of signs and symptoms, physical examination, and laboratory tests.

Prevention is better than cure – vaccinate

Pertussis vaccine is usually given in combination with other vaccines at six weeks, ten weeks, and 14 weeks, with a booster given at 18 months of age. The protective effects of the vaccine wear off over time. Getting the pertussis vaccine every ten years will help maintain your protection.

If you are unsure about the type of cough you or your loved ones present with, visit your healthcare provider. Testing is quick, simple, pain-free, and effective.