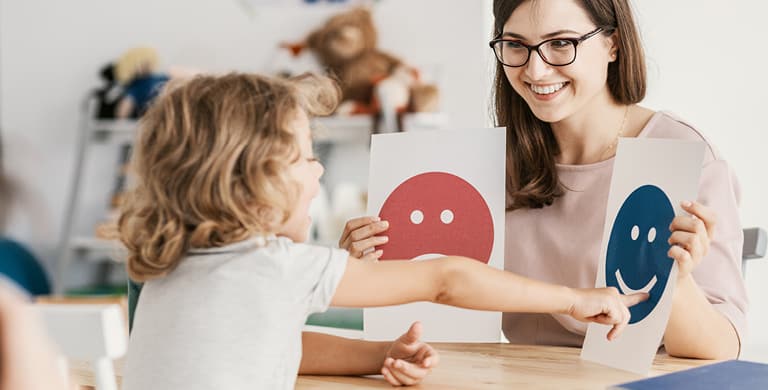 Raise the issue of Attention Deﬁcit Hyperactivity Disorder (ADHD) at any dinner party and each guest is likely to have a strong opinion about its nature, course and treatment. Very often though, these are peppered with myths, misconceptions and misunderstandings. This article tries to set the record straight.

Popular misconceptions of ADHD* assert that it is not a disorder or is rather a benign one that is over-diagnosed. Critics claim that many children are needlessly medicated by parents who have not properly managed their unruly, unmotivated or underachieving children, or who are looking for an academic advantage in the competitive, high-stakes educational environments.

MYTH #1: Attention Deﬁcit Hyperactivity Disorder is a “phantom disorder” which does not really exist

FACT: The existence of a neurobiological disorder is not an issue to be decided by the media through public debate, but rather a matter of scientific research. Such research spanning 95 years tells us that ADHD is a biologically-based disorder that includes inattention, impulsiveness and sometimes hyperactivity*. While the causes of ADHD are not fully understood, recent research suggests that ADHD tends to run in families and therefore can be inherited. An imbalance of neurotransmitters – chemicals used by the brain to control behaviour – also plays a significant role in the manifestations of this disease. Overwhelming evidence suggests that ADHD is a real medical disorder with serious consequences and needs proper diagnosis and multidisciplinary treatment: both medical and psychological. Before a patient is diagnosed with ADHD, other possible causes of the behaviour have to be ruled out.

MYTH #2: ADHD is the result of poor parenting and lack of discipline

FACT: This myth is related to the misconception that ADHD is not a real medical disorder. Since the causes of ADHD are genetic and biological, parents cannot cause ADHD by being either too strict or too lenient. However, family instability, a poor parent-child relationship and mental disorders in the parents may influence the child’s ability to control ADHD behaviour. Most parents of ADHD children are extremely conscientious and try to help their child succeed. These parents have often developed highly advanced parenting skills out of necessity in dealing with their child’s behaviour and school issues.

MYTH #3: Children will outgrow ADHD when they reach puberty

FACT: ADHD is not found just in children. In fact, ADHD is believed to continue throughout a person’s lifetime. However, in many teens and adults the symptoms of ADHD may appear to change or abate as the child matures. This is simply the result of the teen or adult learning better management techniques to improve his or her focus, time management and organisational skills. Thus, ADHD is a lifelong disorder that requires a develop-mental framework for appropriate diagnosis and treatment.

MYTH #4: All children with ADHD are hyperactive and have learning disabilities

FACT: Before children are considered to have ADHD, they must show symptoms that demonstrate consistent behaviour (for longer than six months) that is greatly different from what is expected for children of their age and background. They start to show the behaviours characteristic of ADHD between ages three and seven, including fidgeting; restlessness; being easily distracted; blurting out answers; difficulty remaining seated; difficulty waiting their turn; difficulty obeying instructions, playing quietly and paying attention; shifting from one uncompleted activity to another; talking excessively; interrupting; not listening; often losing things, and not considering the consequences of their actions.

Not all children with ADHD are hyperactive and constantly in motion. It is not the hyperactivity that has the biggest impact on the poor school, career or social performance of a child, teen or adult. Rather, it is the less visible aspects of inattention and poor impulse control that harm overall performance. While 10 – 33% of children with ADHD also have learning disabilities, the two disorders cause different problems for children. ADHD primarily affects the behaviour of the child – causing inattention and impulsivity – while learning disabilities primarily affect the child’s ability to learn – mainly in processing information.

The management of ADHD will be most successful when all three primary aspects (hyperactivity, inattention, impulsivity) are addressed by medical and psychological or behavioural intervention*.

MYTH #5: Girls have lower rates of and less severe ADHD than boys

FACT: In general, studies have concluded that ADHD is more common in boys with one out of 10 boys versus one out of 30 girls diagnosed.

The more subtle finding has been the differences in how attention deficit problems are manifested in boys compared to girls. Boys with the hyperactivity component of ADHD are often very visible in their classroom environment and will quickly be identified for interventions and assistance. However, girls far more often display the inattentive variation of ADHD. Rather than bouncing off the walls in the classroom like many boys, they are sitting quietly at their desks day-dreaming, unfocused and missing out on the teacher’s curriculum. This will result in poor school performance, but without the rapid identification of their condition and with a delay in providing such girls with the necessary interventions and assistance.

Psychological and behavioural therapy along with continued parental support should form an integral part of the treatment of a child with ADHD.

Questions to ask your doctor

ADD (Attention Deﬁcit Disorder):  An inability to control behaviour due to difﬁculty in processing neural stimuli.

Behavioural intervention or therapy:  A treatment programme that involves substituting desirable behaviour responses for undesirable ones.

Hyperactivity: A higher than normal level of activity. Behaviour can be hyperactive. An organ can also be described as hyperactive if it is more active than usual.