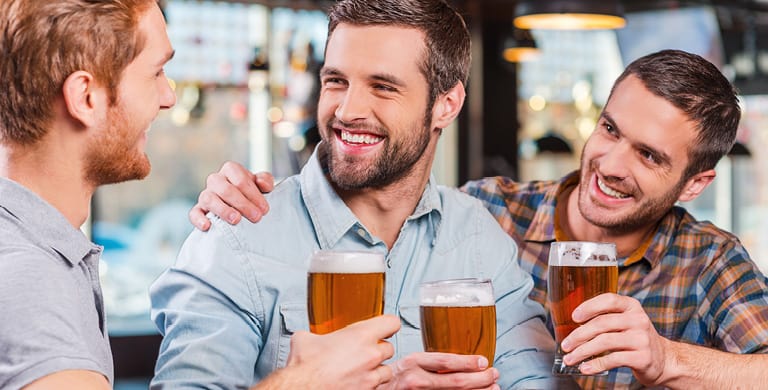 Almost half of South African men are likely to experience problems in the bedroom because of boozing.

A survey conducted by Pharma Dynamics, a generics pharmaceutical firm specialising in men’s sexual health, among others, found that 44% of SA men could be at risk of erectile dysfunction (ED) or impotence as a result of excessive drinking.

Erectile dysfunction is a condition in which a man is unable to get an erection that is firm enough for sexual intercourse. In some cases, the man is able to achieve an erection, but unable to maintain it long enough to complete the sex act or to reach an orgasm.

Most men will be familiar with the term “brewer’s droop”, a temporary form of alcohol related impotence that occurs when the average drinker consumes “one too many”, but this is different from ED. According to the Mayo Clinic, those with ED will fail to achieve an erection at least 25 percent of the time. ED has several causes and alcohol consumption can be one of them.

While alcohol may succeed as an aphrodisiac, stimulating your sex drive, it can dampen sexual responses. As Shakespeare so eloquently put it, alcohol “provokes the desire, but takes away the performance and studies have proven this to be true.

Clinical studies suggest that three or more standard alcoholic drinks per week significantly impairs erectile function and sexual satisfaction. A sobering thought, since more than 31% of SA males already consume over and above five standard glasses of alcohol per week and 13% toss back at least three glasses a week on a regular basis.

‘During an erection, the penis fills with blood then the vessels close, preventing backflow, so that the penis remains erect. In the short term, overconsumption of alcohol causes the blood vessels in the penis to expand, allowing for more blood flow, but prevents those vessels from closing. As a result, the penis may become erect but not remain so, as there is nothing to prevent backflow. In the long term, overconsumption of alcohol damages the blood vessels and contributes to hypertension and even heart disease, both contributing factors to ED Case studies have shown that long-term alcohol abuse causes ED in men even when they are sober. Apart from the damage caused to the nervous system by alcoholism, it’s believed that the associated decline in physical and psychological health can contribute to this.

Many of the adverse physical and psychological effects caused by boozing can be reversed or overcome if the problem is treated early enough. Excessive alcohol use and alcohol abuse can also cause scarring of the liver, high blood pressure and an increased risk of some cancers.

In healthy men, moderate alcohol consumption should not cause erectile dysfunction.

If you have erectile dysfunction issues, and you’re a heavy drinker, chances are the alcohol is a major contributor, if not the main cause. The key here is to cut back on your alcohol consumption as much as possible.

With the World Cup Rugby season almost upon us, alcoholic drinks will be flowing more freely than usual around “braais”, restaurants and bars throughout the country, especially over weekends.

But if you’re at a match-bash and there’s social pressure to drink, it can be difficult to cut back. Here are a few suggestions to reduce the impact of alcoholic drinks:

“If you have erectile dysfunction, you may want to consider how alcohol can influence your sexual health and performance.”