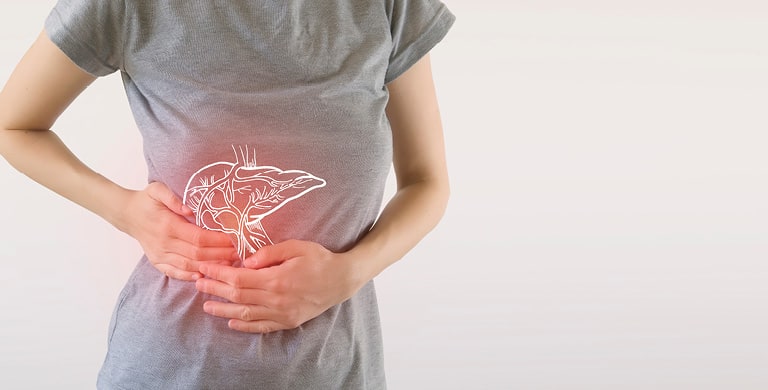 About 500 million people globally are currently infected with hepatitis.

Hepatitis means inflammation of the liver and can be caused by many different things. According to the World Hepatitis Alliance, about 500 million people are currently infected with chronic Hepatitis B or C and one in three people have been exposed to one or both viruses.

Hepatitis can heal by itself with no significant side effects, or it can progress to scarring of the liver. Acute hepatitis lasts under six months, while chronic hepatitis lasts longer.

Most liver damage is caused by the Hepatitis A and B viruses. However, hepatitis can also be caused by alcohol and some other toxins and infections, as well as from our own autoimmune process where the body attacks itself.

Not all forms of hepatitis are infectious. Alcohol, medicines and chemicals can cause inflammation of the liver. A person may have a genetic problem, a metabolic disorder, or an immune related injury. These are known as non-infectious because they cannot spread from person-to-person.

Hepatitis can be diagnosed by your medical practitioner by identifying the underlying cause, which could include hepatic virus infections, alcoholism, drug use, poisons and toxins, or an auto-immune disease.

What is acute hepatitis?

Individuals with acute (short term) hepatitis show varying combinations and degrees of jaundice (a yellow colour to the skin, mucus membranes, or eyes), dark urine, fatigue, weakness, anorexia and vomiting. However, some patients, especially children, may not have any symptoms other than minor flu-like complaints.

What is chronic hepatitis?

Individuals suffering from chronic hepatitis (long term) may show no or non- specific symptoms like tiredness and generalised weakness. With progressive chronic hepatitis, scarring (cirrhosis) of the liver occurs and leads to loss of muscle mass, swelling of the feet and stomach and jaundice.

Hepatitis A virus causes acute (short term) hepatitis with most people improving within weeks without specific treatment. However, some patients may have severe illness lasting several months. Hepatitis A occurs when people eat food or drink liquids contaminated by microscopic amounts of infected stool (faeces) containing the Hepatitis A virus.  This is usually caused because of poor hygiene and unsanitary conditions.

Food and drinks commonly contaminated with the Hepatitis A virus are salads, shellfish, fruit, ice and tap water. If you’re travelling in high risk countries it is best to avoid these eating these foods or drinking tap water, even if it is ice!

How is Hepatitis A treated?

The Hepatitis A vaccine is a safe and effective vaccine which has reduced the number of infected cases worldwide. It is given twice, six months apart, and provides long-term protection against the Hepatitis A virus.

If you’re travelling to high risk countries, you should have the vaccine at least two weeks before you depart.

Hepatitis B is a contagious liver disease, unlike Hepatitis A, caused by the Hepatitis B virus which may be acute or chronic and is transmitted through contact with infected body fluids like blood, semen or vaginal fluids. People at risk are health workers, sex workers, intravenous drug users, haemophiliacs and people who share toilet items such as razors and toothbrushes.

Hepatitis B can be contracted from contaminated medical equipment, injection drug use, unprotected sex and other methods of transmission like tattooing and body piercing.

Infection with Hepatitis B in infancy is transmitted while giving birth and usually asymptomatic (there are no symptoms), resulting in a chronic carrier state in 90% of patients. A carrier is a person who has the virus but shows no symptoms and therefore acts as a carrier or distributor of the infection.

Acute Hepatitis B infection in adults results in less than 10 % chronic infection. It is estimated that worldwide 350 million people have a chronic carrier state. This can give rise to cirrhosis and liver cancer.

How is Hepatitis B treated?

The Hepatitis B vaccine is a safe and effective protection against Hepatitis B. It is given in three doses at birth, one and six months to unvaccinated, high risk individuals, as well as people who ask for it.

No specific treatment is available for acute Hepatitis B; however, antiretroviral drugs can be used to treat chronic Hepatitis B.

Being educated about the risks of contracting the hepatitis virus is the first step to preventing contracting or transmitting it.

What is the liver?

The liver is the largest gland in the human body. It weighs approximately 1.36 kg. It is reddish brown in colour and is divided into four lobes of different sizes and lengths. It is below the diaphragm on the right in the thoracic region of the abdomen. Blood reaches the liver through the hepatic artery and the portal vein. The portal vein carries blood containing digested food from the small intestine, while the hepatic artery carries oxygen-rich blood from the aorta.

The liver has a wide range of functions, including: