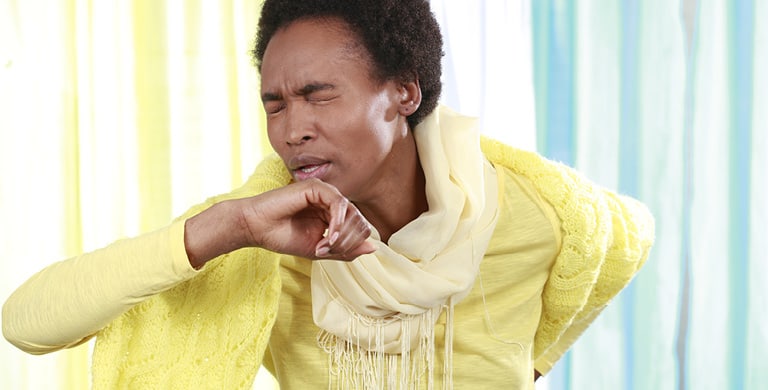 Every year, tuberculosis (abbreviated as TB for Tubercle Bacillus) kills nearly 2 million people worldwide. Experts at the World Health Organization (WHO) predict these numbers will escalate in the coming decades. Approximately 2 billion people — one-third of the human population — are currently infected with TB, with one new infection occurring every second.

Tuberculosis is a life-threatening disease caused by an infection with the bacteria Mycobacterium tuberculosis and is a serious problem in South Africa, especially in the Western Cape. TB is highly infectious but curable and inexpensive to treat with a course of special antibiotics. One out of ten people develops the disease. If not treated, the infectious person can affect 10 to15 other people or more in a year. Ninety percent of TB cases in South Africa are treatable but only half are ever cured.

General signs and symptoms of active pulmonary TB include:

TB is spread by droplets expelled by people with the active disease of the lungs when they cough, sneeze, speak or spit, and others breathe them in. The bacteria can stay in the air for several hours, depending on the environment. However, it is nearly impossible to catch TB simply by passing an infected person on the street. To be at risk, you must be exposed to the organisms for a lengthy period, by living or working in close contact with someone who has the active disease.

The patient is examined at a primary health care clinic and asked to give a sputum* sample and another the next day. The results are available in 48 hours. Only one of them needs to be positive to indicate TB infection. An x-ray may also be taken, or the patient might undergo a Tuberculin skin test* where a small amount of testing fluid, called tuberculin or PPD, is injected beneath the skin of your lower arm. A small lump at the injection site is a positive reaction and usually indicates TB infection. However, remember that infection with TB does not necessarily mean you have active, infectious TB. Most people with positive tuberculin tests do not have active TB. If the TB infection is severe, the client will be referred to a specialist TB clinic. Clinics and hospitals across South Africa are testing for TB and MDR TB free of charge.

Treatment for TB uses antibiotics to kill the bacteria. Therefore, TB can only be cured if the full course of treatment, which can be from six to eight months, is completed. People who stop treatment are likely to develop multi-drug resistance, making the TB more difficult to cure.

Treatment is in two phases:

The intensive phase is when four different drugs combined in one tablet are given for five days a week, for two to three months.

The second phase is the continuation phase, in which two drugs are given for five days a week, for four to five months. If there are side effects from the medication, the patient must return to the clinic.

TB that is resistant to drugs is harder and more expensive to treat. In an effort to help people comply with their treatment regimen, some doctors and clinics use a program called Directly Observed Therapy (DOT). In this approach, a nurse or other health care professional administers your medication so that you don’t have to remember to take it on your own. An important element of the strategy is the support and encouragement offered to TB patients for the entire six- to eight-month treatment period.

To try and prevent TB, babies should be immunised with the BCG vaccine*. TB meningitis is a serious illness in children and can be fatal. If suspected (symptoms include neck stiffness) the child must be taken to the clinic immediately.

Multidrug-resistant TB* develops as a result of partial treatment — either because people skip doses or don’t finish their entire course of medication or because they’re given the wrong treatment regimen. This gives bacteria time to develop mutations that can resist treatment with first-line TB drugs. Because MDR TB is spreading rapidly and could potentially make all TB incurable, some experts believe that ineffective treatment is ultimately worse than no treatment at all.

MDR TB can be treated. But it requires at least two years of therapy with second-line medications that can be highly toxic. Some strains of MDR TB are resistant to three or more of the six classes of second-line drugs. If the patient does not get treatment for MDR TB they could develop extreme or extensive drug-resistant TB (XDR TB), which is deadly because it is virtually incurable with the limited treatment options.

The HIV epidemic has led to an enormous increase in the number of TB cases. TB and HIV have a deadly relationship — each fuels the progress of the other.

About one-third of the 38 million people living with AIDS also have TB. Infection with HIV suppresses the immune system, making it difficult for the body to control TB bacteria. As a result, most HIV-positive people who are newly infected with TB progress to active TB.