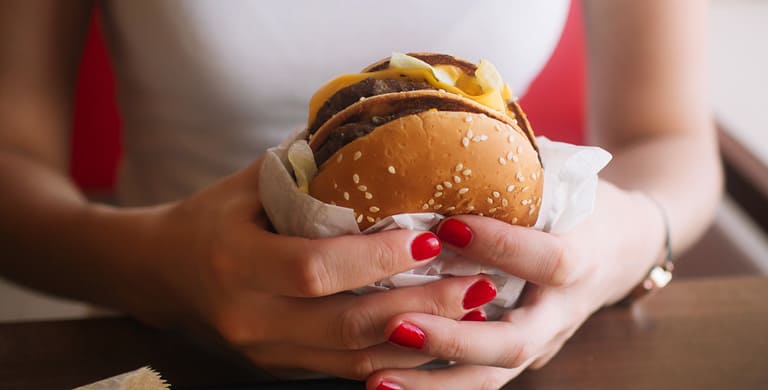 Fast food may be convenient, but researchers suggests that the price for that ease may be getting higher. It turns out that is not only bad for your weight but also your lungs.

Your immune system and not just your waistline may pay the price for eating fast food frequently. This is because of the high level of trans- and saturated fats in fast food which may weaken our immune system. According to a study published in 2013 in the journal Thorax, fast food is linked to an increased risk of asthma, eczema and rhinitis among kids and teens. The study also found that eating fruit could protect against these disorders among all age groups.

A group of European researchers analysed data from participants in the International Study of Asthma and Allergies in Childhood (ISAAC), which included more than 319,000 teens ages 13 to 14 from over 50 countries, and more than 181,000 kids ages six to seven from 31 countries.

Both the participants and their parents answered questions about how often and how severely they experienced symptoms of asthma, eczema and rhinitis such as wheezing, a runny nose and itchy and watery eyes. They were also asked about their diets, and how often they ate foods ranging from vegetables to fast food burgers.

Eating fast food meals at least three times a week was linked to a 39% increased risk of severe asthma in teenagers and a 27% increased risk among children between ages six and seven. Fruit, on the other hand, seemed to have the opposite effect on asthma symptoms; three or more servings of fruit was associated with a 11% decrease in severe symptoms in teens and a 14% drop in severity of suffering in kids.

While these findings don’t prove that fast food was the main culprit, it raises a strong possibility that it might be. Eating home cooked meals more often not only saves money but keeps families healthier.