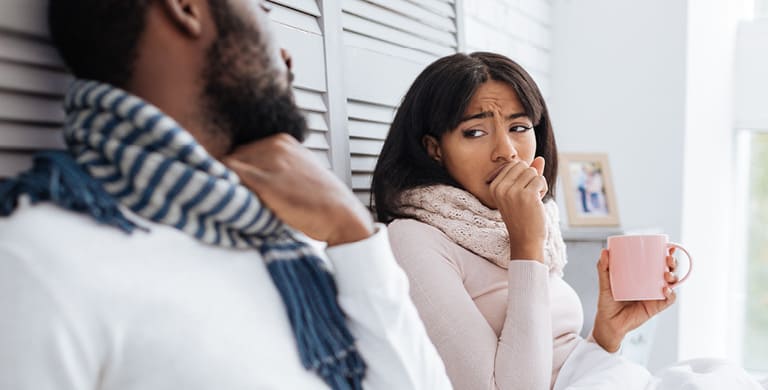 COPD is a major contributor to the burden of lung disease in South Africa. The condition is now considered to be a multi-system disease with effects that extend beyond the lung to affect other organs. It is one of the fastest-growing causes of death worldwide.

Cigarette smoking is a well-known cause of COPD. Exposure to secondary smoke is just as harmful. The lung is an elastic organ involved primarily in gas exchange. There are several toxic compounds in cigarette smoke that induce damage to the lung. A smoker’s lung is markedly inflamed with excessive mucus production. The airways of the lung are damaged and swollen causing them to lose their elasticity or stretchiness. The lung is mechanically impaired and characteristically collapses easily on breathing out. Hence its primary function is markedly impaired and breathing becomes difficult. In addition, there is damage to the air sacs and vessels that are important in gas exchange.

COPD encompasses a number of lung diseases most commonly emphysema and chronic bronchitis. The disease is progressive and worsens with time especially if the individual continues smoking. In addition, the disease is characterized by frequent exacerbations often due to recurrent chest infections.

Although cigarette smoking is a major contributor to COPD; there are several other causes that are less well recognized. Included in this is previous tuberculosis; marijuana use; occupational exposures to dust and mining; genetic abnormalities; air pollution; HIV and the use of biomass fuels (e.g. wood, coal etc.) for cooking. It is notable that almost half of South Africa’s COPD is due to causes other than cigarette smoking.

Common symptoms of COPD include shortness of breath especially on exertion, chronic cough with mucus production, wheezing, recurrent chest infections and weight loss. Commonly, patients with previous tuberculosis may have persistent shortness of breath and develop COPD. Other conditions also related to smoking include cancers of several organs, osteoporosis, depression and ischaemic heart disease. The lung disease in COPD may also affect the heart and patients can present in heart failure.

The condition is often misdiagnosed as asthma because of the symptoms of wheeze. Not all wheezing is due to asthma and one should seek a professional opinion to obtain a correct diagnosis. Often this requires a test of pulmonary function and radiological investigation. Thereafter one maybe staged based on severity. This allows a correct diagnosis and the initiation of correct treatment. Too often do we manage medical conditions when there is already a complication and too far advanced to offer meaningful treatment. It is best to practice preventative medicine before complications arise.

There are many treatment options but the most beneficial would be a cessation of smoking. There are several benefits to stopping smoking including improvements in taste, smell, lung function, shortness of breath and improvement in the lung’s immune defences. Cessation of smoking requires a determined individual as the focal starting point. Medications and counselling are adjuncts to assist the determined smoker.

Other treatments would include specific inhalers that would improve shortness of breath and prevent recurrent chest infections. It is important that patients with COPD prevent chest infections as these promote progressive damage to the lung. Important in this regard are specific inhalers and an annual flu vaccine. Unlike asthma, inhaled steroids play less of a role in controlling the disease in its early stages.

In summary COPD is not limited to cigarette smokers and maybe the result of several factors often unbeknown to the patient. Previous tuberculosis, secondary smoke exposure, HIV and occupational exposures are important causes of COPD in South Africa. Often there are multiple causal factors of an individual’s COPD.  The symptom of breathlessness is most distressing to patients; so much so that often patients limit their daily activities to avoid the symptom of breathlessness. This creates a vicious cycle and renders them unfit, physically incapacitated and promotes several other metabolic complications. There are treatment options available early in the disease.