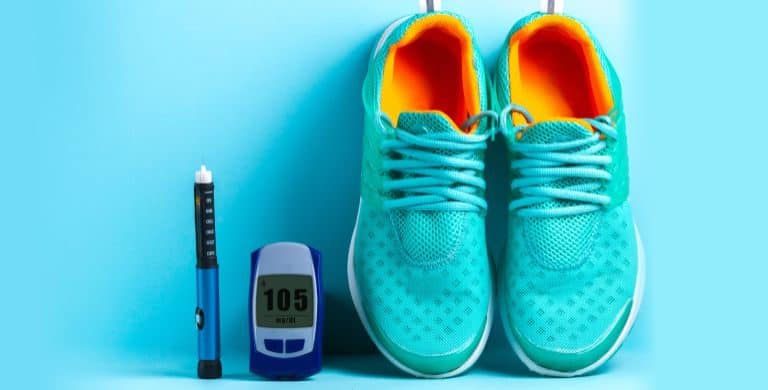 “Many diabetes drugs have positive effects beyond glucose control by protecting the heart and kidneys and may even contribute to weight loss in some patients.” – Dr Anil Ramjee, Intercare Century City

2020 is the year in which people realised that good health is something that could be taken away in an instant.  With barely a whisper of the word Covid-19 or coronavirus at the end of last year, it is now part of our vocabulary.  What many people don’t realise, is that there is another silent pandemic steadily on the rise and it is diabetes.

Listen to the podcast

With a possible higher risk of complications from Covid-19 and rapidly rising cases of diabetes world-wide, raising awareness of diabetes is more important than ever.  Since the 2006 declaration by the UN that diabetes is a chronic, debilitating and costly disease, November is marked all over the world to raise awareness of the disease.   Intercare has launched a diabetes campaign to and a podcast series to highlight the Good, the Bad, the Ugly and the Best outcomes of diabetes with family physician Dr Anil Ramjee from Intercare Century City in Cape Town.

Early statistics point to the fact that Africa, a continent of a billion people with generally fragile health systems has had fewer deaths from Covid-19 than wealthier nations, but when it comes to diabetes, the continent is not that fortunate.  Dr Ramjee says that diabetes is a big problem globally but an even bigger problem in Africa.  “Compared to the Americas, Europe, the middle East, Southeast Asia, and the Western Pacific like Australia; Africa will see the largest and the greatest increase in the incidence of diabetes. At the moment, there’s an estimated 19 million diabetics in Africa and this number is predicted to increase to about 47 million in the next 25 years. That’s a staggering increase of about 143% increase which is driven largely by increasing urbanisation, which comes with a more sedentary lifestyle and unhealthy eating habits causing obesity.”

As science and good medical care have proven to be the most important factors in combatting Covid-19; in the case of diabetes, scientists and doctors are also pushing boundaries and forming the building blocks of a future where diabetes can be less harmful.  Dr Ramjee says, it has led to a new understanding of hyperglycaemia that not only focusses on insulin and the pancreas but that there are many other mechanisms contributing to impaired insulin secretion and insulin resistance.

He says apart from the ‘ominous octet’ as it was labelled by Professor Ralph de Fonzo of the University of Texas; the eight mechanisms that contribute to high blood glucose, the muscle, the liver, the α-cell, β–cell, the fat cells, the gut, the kidney and even the brain; there are three other mechanisms at play in type 2 diabetes which is immune system dysregulations causing beta cells to become inflamed, increased rates of glucose absorption in type 2 diabetes and abnormal colon bacteria that affect the pancreatic beta cell function.

Being overweight significantly increases the risk of type 2 diabetes and doctors measure patients’ tummy circumference during check-ups as it is a predictor of type 2 diabetes. If you wonder why it is so difficult to lose fat around the belly, Dr Ramjee shares an explanation by obesity specialist Professor Carel le Roux:  “When you lose weight, the tummy fat does not reduce because the body decides which parts of weight should be shed first.”

“The first fat that will be lost, is fat from the liver, which is great, because this will reduce liver insulin resistance.  The next weight to go will be the visceral or organ fat, which is also great to reduce insulin resistance” and only after that, can you kiss the beer belly goodbye.  He however warns that thin people may have visceral fat which raises their Body Mass Index.  Dr Ramjee says, “if you are lean as defined by your BMI, you may not necessarily be healthier if you have a higher degree of central or abdominal obesity.”

Science has given us as Dr Ramjee explained a lot more medications to offer type 2 diabetic patients. We have also learned that many of these drugs have positive effects beyond glucose control in that they offer heart and kidney protection, and they may contribute to weight loss. “Once weekly insulin injections and one weekly oral tablet are already available.” This is something to look forward to in the future.

Technology and science are contributing to making the lives of diabetes patients easier, but Dr Ramjee says that is however not enough. “Lifestyle changes including diet, weight loss, exercise and to stop smoking are essential at any stage of diabetes to improve glucose control, manage weight and reduce complications.”

Dr Ramjee says a lot of good comes from regular diabetes screening and he asks patients to be proactive and intervene early and, “please get tested!”

If you are lean as defined by your BMI, you may not necessarily be healthier. Please get tested for Diabetes!

Intercare Wonderboom and Woodhill has vacant space to rent. Interested?

A curable disease that still kills two million people each...

Dietary habits form the foundation for the causation, prevention, and...