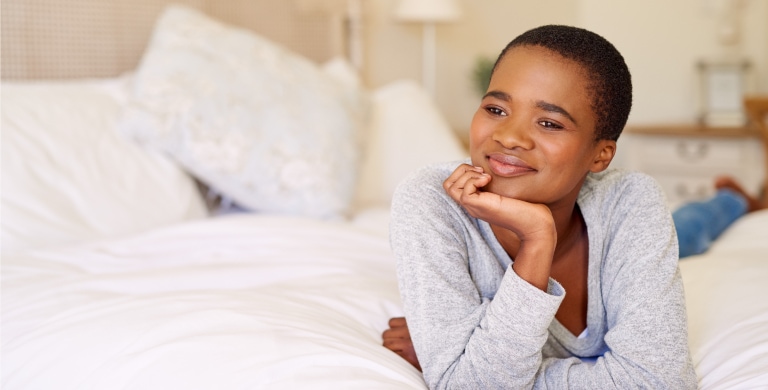 While both men and women contract various conditions, some health issues affect women
differently and more commonly. Some of the conditions that pose considerable health risks in
women are:

Breast cancer, which typically originates in the lining of the milk ducts, can spread to other organs.
Approximately 19.4 million women aged 15 years and older live at-risk of being diagnosed
with breast cancer – the cancer affecting women in South Africa the most. Awareness of
the symptoms, and early detection through self-examination and screening, can help lead to earlier
diagnosis, resulting in improved treatment outcomes. Initially, women afflicted with breast cancer
may develop breast lumps. Most breast lumps are nonthreatening, but it is important for women to
have each one checked by a healthcare professional.

Cervical cancer is the 2nd most common cancer among South African women. The primary
underlying cause of cervical cancer is the Human Papilloma Virus. Cervical cancer can be successfully
treated if detected in the early stages, so it is important that women are aware of symptoms and
what is normal for their bodies. Symptoms include abnormal bleeding between periods, heavier and
longer menstrual period, vaginal discharge, vaginal bleeding or pain during intercourse / after
menopause, increased urinary frequency. Regular Pap smears can detect cervical cancer. HPV
vaccination may also lower the risk for cervical cancer.

Bleeding and discharge are a normal part of the menstrual cycle. However, added symptoms during
menstruation may indicate health issues, and unusual symptoms, such as bleeding between
menstruations and frequent urinating, can mimic other health conditions. Vaginal issues could also
indicate serious problems such as sexually transmitted diseases (STDs) or reproductive tract cancer.
While healthcare providers might treat mild infections easily, if left unchecked, they can lead to
conditions such as infertility or kidney failure.

Pre-existing conditions can worsen during pregnancy, threatening the health of a mother and her
child. Asthma, diabetes, and depression can harm the mother and child during pregnancy if not
managed properly. Pregnancy can cause a healthy mother’s red blood cell count to drop, a condition
called anaemia, or induce depression. Another problem arises when a reproductive cell implants

outside the uterus, making further gestation unfeasible. Fortunately, obstetricians can manage and
treat common and rare health issues that emerge during pregnancies.

Women are much more likely to develop osteoporosis than are men. Osteoporosis causes bones to
become weak and brittle — so brittle that a fall or even mild stresses such as bending over or
coughing can cause a fracture. Osteoporosis-related fractures most commonly occur in the hip, wrist
or spine. There typically are no symptoms in the early stages of bone loss. But once your bones have
been weakened by osteoporosis, you might have signs and symptoms that include

To detect the condition, healthcare providers measure bone density using an X-ray or ultrasound
diagnostic. While no cure exists for osteoporosis, care providers can prescribe treatment to impede
illness progression, which might include dietary supplements, healthy lifestyle choices, or
prescription medication.

It is widely accepted that depression is more common in women than it is in men. The ratio is so
disproportionate – it estimated that up to 70% of people suffering from depression are women
Natural hormonal fluctuations can lead to depression or anxiety. Premenstrual syndrome (PMS)
occurs commonly among women, while premenstrual dysmorphic disorder (PMDD) presents similar,
but greatly intensified, symptoms. Shortly after birth, many mothers acquire a form of depression
called the “baby blues,” but perinatal depression causes similar – but much stronger – concerns,
emotional shifts, sadness, and tiredness. Perimenopause, the shift into menopause, can also cause
depression. No matter how intense the symptoms, healthcare providers can provide relief with
prescription or therapeutic treatments.