A beautiful smile is immediately associated with youth, health, and vitality. A smile can thus be an asset or a distraction. Besides appearance, crooked teeth or bad bites can also cause complications and long-term health problems if they are left untreated without teeth straightening.

Crooked, crowded, and poorly occluding teeth are problems that will affect the physical and emotional wellbeing of an individual at some or other time. The reality is that straight healthy teeth and an attractive smile do matter.

Crooked, crowded, and poorly occluding teeth are problems that will affect the physical and emotional wellbeing of an individual at some or other time. The reality is that straight healthy teeth and an attractive smile do matter. What causes crooked teeth and bad bites?

Most of the time, over or underdevelopment of the jaws and having crooked teeth or a large overbite is simply an inherited trait. However, the premature loss of baby teeth and harmful habits such as thumb sucking can also cause crooked teeth (mal-alignment) or bad bites (malocclusions). Mouth breathing, incorrect swallowing and tongue position all affect growth and development of the jaw and face. If these habits are not corrected at an early age (7-10 years old), arch development is compromised, the jaw becomes narrower, the teeth become crowded and the face does not develop properly.

When is the best time to treat crooked teeth?

Fortunately, there are solutions for both children and adults who are affected by crooked teeth and bad bites. Orthodontic therapy is a branch of dentistry that corrects teeth and jaws that are positioned improperly. With orthodontic treatment, dental mal-alignment defects can be corrected, and proper function and aesthetics restored so that patients can enjoy straight, healthy teeth and a more attractive smile. Ideally, children should have their teeth screened by their dentists for orthodontic problems by the time they reach 7 years because growth-related problems can be identified then. When a child is 12 years old, 90 percent of his or her face has already developed. If problems are detected early (before the age of 12 years), interceptive orthodontic treatment can be provided to guide jaw and facial development and to make space for the teeth. Such early treatment is often less costly than the care required to treat more serious problems that can occur if left untreated.

Why is it important to treat crooked teeth or bad bites?

Crooked teeth and bad bites will impact on your overall health and wellbeing if not attended to at the earliest possible stage. The sooner it is diagnosed and taken care of, the less effort in terms of time and money it takes to fix it at a later stage. Crooked teeth or bad bites may affect more than just the appearance of your smile; they are also associated with the following problems that can affect one’s quality of life:

How do I know whether I need orthodontic treatment?

Orthodontic treatment is usually indicated if there is: (i) a lack of spacing (crowding) of baby teeth, also called the primary teeth; (ii) a pronounced overbite or underbite in the primary dentition; (iii) signs of clenching or grinding of teeth; (iv) chronic allergy or airway issues; (v) early or delayed loss of baby teeth; (vi) bad habits such as thumb sucking, cheek biting or using a pacifier past the age of two and a half, should contact their dentist to determine the cause of their condition. Your dentist or orthodontist will use several diagnostic tools that include a full medical and dental health history, a clinical exam, plaster models of your teeth, and special X-rays and photographs to determine what type of orthodontic treatment is required.

Is orthodontic treatment only for children?

People often think that teeth alignment is always done during adolescence. Treatment between the ages of 7 to 12 is advantageous because it is possible to influence the growth of the jawbones and to create space for the teeth. However, adults can also enjoy the benefits of cosmetic and functional rehabilitation of orthodontic treatment. In fact, teeth alignment treatments can benefit a 12-year-old and a 70-year-old equally.

Why is early orthodontic treatment required?

Every child should be screened by his or her dentists at age seven – before the permanent teeth have erupted – to establish whether there is a dental or skeletal development problem present. Some common problems that can be intercepted are the inadequate spacing of teeth, crowding, crossbites, overbites, midline diastema and incorrect positioning of the lower jaw.

Starting treatment at an early stage allows early development of the jaws, thus changing the shape and size of the jaw, to make space for all the teeth. In most cases, the jaw is expanded and lengthened to accommodate all the teeth. This prevents crowding and promotes the eruption and extrusion of the teeth. Because the jaw is moved rather than the teeth at this stage, the process would be more accurately called dentofacial orthopaedics but is commonly referred to as interceptive orthodontics. This process is usually done with removable appliances. By creating the necessary amount of room for teeth early on, a patient’s need for orthodontics later in life can be greatly reduced or completely avoided in some cases and sometimes eliminate the need for braces later.

Not doing early interceptive treatment may require some of the permanent teeth to be extracted before dental braces can be placed. The goals of interceptive orthodontics can be described as preventative rather than corrective because it is aimed at preventing problems from developing before they need to be treated later.

What does orthodontic treatment involve?

The most important thing is to have a regular examination from an early age to identify problems. When problems are identified this will usually involve taking X-rays and making plaster models of your teeth. Your dentist will discuss what treatment is possible and at what age. Orthodontic braces are the most conservative option of tooth straightening with the downside of treatment usually taking 18-24 months to complete. A further retention period after the removal of braces is also required to maintain the straightened teeth. Good oral hygiene is essential to ensure the success of treatment.

How is the treatment carried out?

How long will treatment take?

The length of treatment depends on how severe the problem is. Treatment may take anything from a few months to two and a half years. Most people can be treated in 18 months.

How regularly do I have to see the dentist for adjustments?

Orthodontic appliances usually need adjusting every 6-8 weeks. Your dentist /orthodontist will tell you how often your appliance needs adjusting.

What happens when the teeth are in the right position?

How much does it cost?

Your dentist/orthodontist will be able to estimate the cost of your treatment and give you details depending on the severity of your case and the type of appliance that will be used. Discuss the cost and payment plans before treatment and, if necessary, have the cost confirmed in writing to avoid any confusion.

Does wearing braces have risks?

Crooked teeth and bad bites leading to imperfect smile and poor chewing function can be socially and physically inhibiting. Advances in orthodontic treatment have leveled the playing field for those of us not fortunate enough to have a perfect smile. Braces can straighten teeth in most patients. This means that the benefits of straight teeth are within reach for virtually everyone. The improvement in self-confidence, social development, and career advancement as a result of orthodontic therapy are now a reality for those that are willing and seeking to make that change.

Mouth cancer or oral cancer, can occur anywhere in the...

What are the main causes of discoloured teeth? Teeth can... 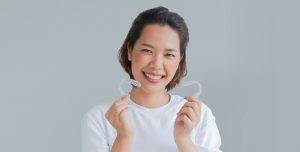 Clear aligners are comfortable modern-day orthodontics and have been developed... 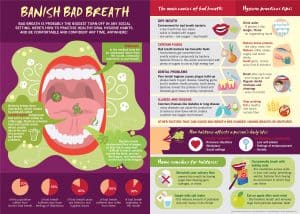 Bad breath is probably the biggest turn-off in any social...