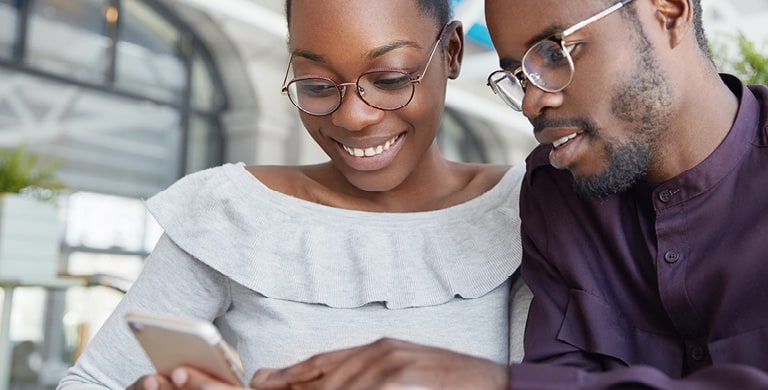 EyeQ: The truth behind some common eye myths | 5 min read

Reading this — no matter how large or small the font size is, no matter how dark the room is — will not permanently damage your eyes, as some eye myths will have you believe.

And the number of carrots you eat isn’t likely to affect how well you can read this either.

You may know that crossing your eyes too many times won’t get them stuck that way, but you may think that reading in a dimly lit room will put you on the path to early nearsightedness.

It’s important to separate fact from fiction, especially when the topic is eyesight. Knowing how to take good care of your eyes is the first step in protecting your sight.

Don’t be blind to the facts—below are common myths about vision, along with the true facts.

Myth: Failure to use proper glasses will hurt your eyes

Fact: No, it cannot. A scheme can require a late-joiner penalty and impose a general waiting period of three months, or a condition-specific waiting period of no more than 12 months, on a new member. However, a scheme cannot refuse your application if you can pay the membership contribution.

Myth: Using glasses for a long period of time will cause your vision to deteriorate, leading to dependence on corrective lenses

Fact: Using the correct pair of glasses for you does not make your vision worse. You don’t grow more dependent on them. The myth is based on the misperception that “if you were to wear glasses or contact lenses, that somehow changes the physiology of your eye”. Natural ageing and its effects on the eyes may have played a role in spreading this myth.

With age, peoples’ eyes deteriorate, and someone who needed reading glasses at 40 is likely to need a stronger prescription for them at 50 — whether they’ve actually been using glasses or not.

In this case, the out-of-focus world that develops over time is due to the growing of the lens of the eye — the only part of the eye that continues to grow significantly and a process that prevents the eye from accommodating as easily as it did when one was younger.

Myth: Reading in dim light or reading too much fine print will eventually harm your vision

Fact:  Reading in dim light or reading of fine print can cause eye strain, there is no evidence that it will hurt your eyes permanently. This is one of the most widely held myths about vision.

It’s like saying if you take a picture in poor light, then the camera is going to be damaged.

The camera analogy may also explain why vision becomes worse in the dark. In low light, the pupil is enlarged, so whatever defects there are in the lens are not corrected. When it’s bright, you have a much greater depth of focus. More outside light can certainly help you see better. At the same time, though, your retina is not damaged by the high amount of light that is let in by an expanded pupil in the dark.

Similarly, having to focus on a smaller area is likely to cause strain on the eyes, but no lasting damage.

In this case, the out-of-focus world that develops over time is due to the growing of the lens of the eye — the only part of the eye that continues to grow significantly and a process that prevents the eye from accommodating as easily as it did when one was younger.

Myth: Watching television for too long or sitting too close can damage your eyes

Fact: There is no evidence to suggest that watching television for too long or sitting too close can damage your eyes. Young children often sit close to the television screen because they have a greater ability to focus on objects closer to their eyes than adults do. Due to this, children hold their reading material close as well. However, as they grow older, these habits usually change. If not, this may be a sign of myopia (nearsightedness). To detect possible eye problems, children should have regular eye exams.

Fact: While it is true that carrots, as well as many other vegetables, are rich in vitamin A, which is an essential vitamin for sight, only a small amount is necessary for good vision. A well-balanced diet, with or without carrots, provides all the nutrients the body needs. In fact, too much

vitamin A, D or E may actually be harmful.

Myth: Cataracts can be removed with a laser

Fact: A cataract is a clouded lens of the eye—this procedure cannot be performed by a laser, only by surgery. However, after the surgery, the wrapping around the lens (called the casing) is left behind. This casing can become cloudy and cause blurry vision. The casing can then be opened with a laser, but the procedure should not be confused with the surgical removal of the clouded lens.

Myth: An eye examination is necessary only if you’re having problems

Fact:  Everyone should follow proper eye healthcare, which includes regular eye exams, whether or not you are having any noticeable signs of problems. Children should be tested at birth, at 6 months of age, before entering school and periodically throughout the school years.

For adults, the frequency depends on your doctor’s advice and may be every two years or more often. If you have diabetes or an eye disease, you should go every year for a comprehensive eye exam.

Myth: There’s nothing you can do to prevent vision loss

Fact: More than 90% of eye injuries can be prevented when simple and relatively inexpensive safety precautions are followed. That means choosing the correct eye safety glasses for the job and wearing them 100% of the time. Regular eye exams can help save your sight. Early detection of vision problems is crucial to preventing vision loss from many eye diseases—especially diabetic retinopathy and glaucoma.